Currently there is no vision system in the game, not even a simple one. But don’t worry, we will change that in Update 0.1.9!

First, let me explain the current vision system: …oh, right, there isn’t one.

Currently all tanks on the battlefield are always visible to all players, wasting bandwidth and client resources. Outdated and boring, so let’s change that!

The first version of the new vision system will be rather simple, but still a lot better than the old approach. For now, all tanks will receive 3 base values (which can be slightly improved by leveling your crew) and 1 dynamic value. The base values are:

The dynamic value is called signature radius. It basically is the current cloak value of the tank. It constantly decreases over time to reach a value of 0. If you shoot, it goes up, if you move into cover (like hiding under a tree or in a bush) it goes down and can go even below zero. 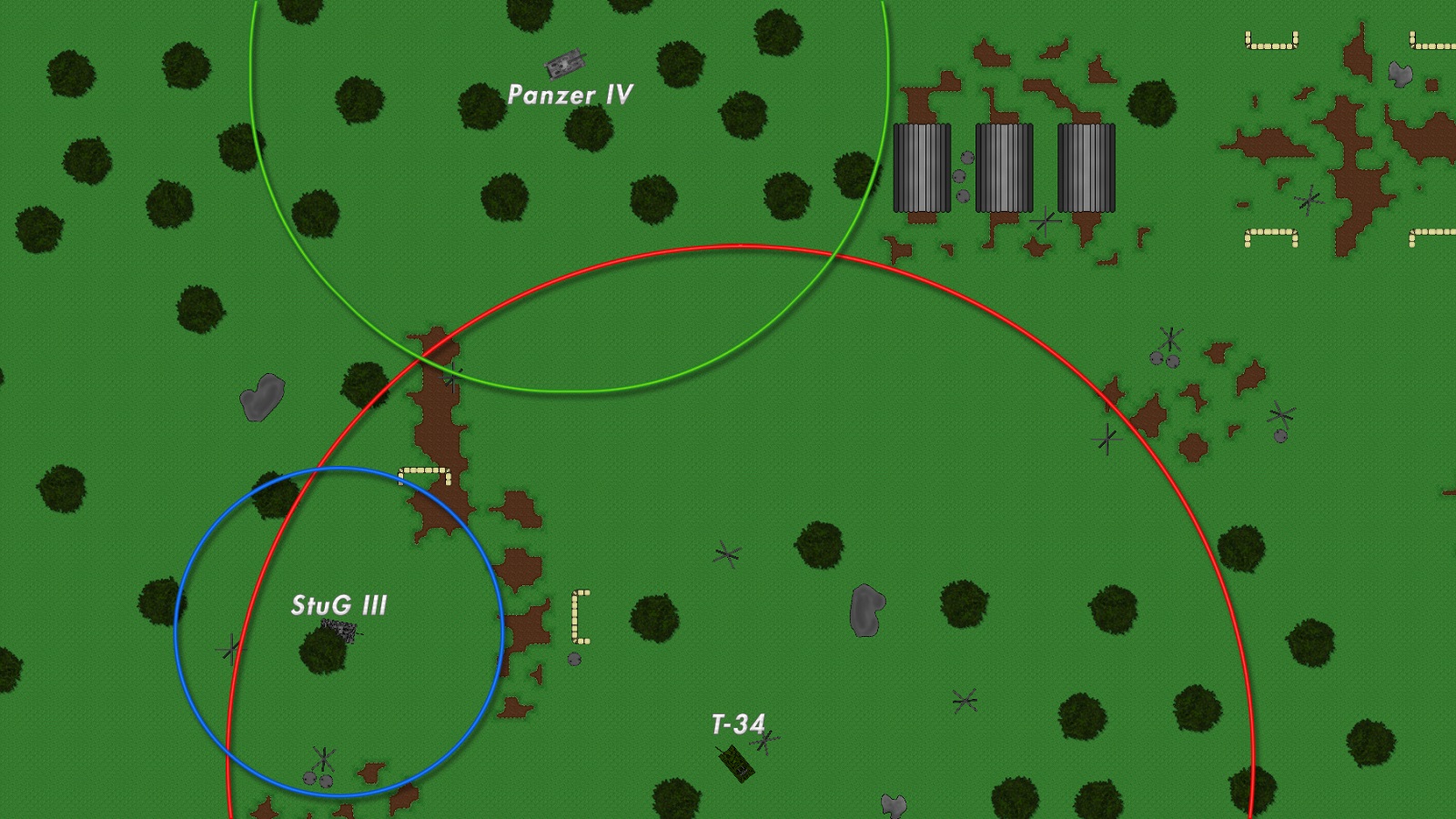 If the distance to your enemy is lower (or equal) to your total view range plus his signature radius, he is visible.

The radio range is not covered in the examples, but that one is pretty simple to explain: any allied tank within your tanks radio range will see all enemies you currently see, with the exception of tanks you see because of other players radio transmissions. If you spot a tank yourself, it gets transmitted to your allies in your radio range. If you see a tank far away spotted by another ally and transmitted by his radio to you, your radio won’t recast that position to other allies.

And that’s it already, pretty easy, isn’t it? Of course there is still room for further improvements, like a vision cone are coming out of the front of your hull or turret. But let’s test this basic version first to see how it works out.

Even this simple version comes with an exciting new game feature already: scouting (and hiding)! Knowing the position of your enemies will be really important in the new upcoming game mode (more detailed info about that later), and tank destroyers will be able to hide from you now.

But that’s still not all! Because of this new mechanic, we will introduce another tank class in Update 0.1.9: light tanks! Their main purpose is scouting: driving around the battlefield at high speed to give your team a tactical advantage. And of course, scouting will be rewarded with silver and crew experience...

Please note that the shown changes are not final yet. They may still get reworked or completely abandoned at any time without further notice. The Devblog series is here to inform you about the latest development plans for the game.